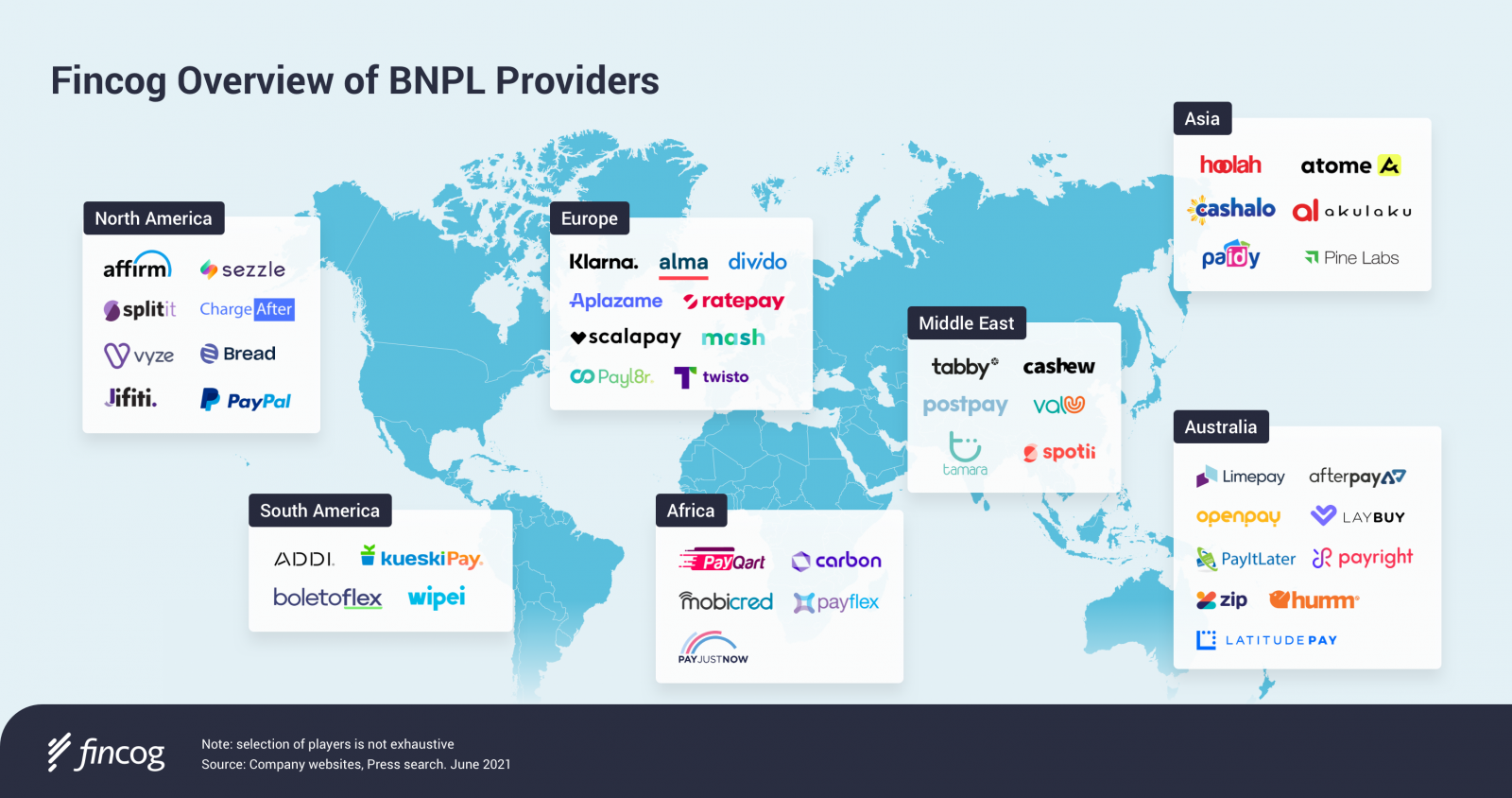 How BNPL is Changing the Payment Market

Buy now, pay later is a financing arrangement that allows consumers to make purchases without paying for them all at once. Several companies, including Klarna and Affirm, offer buy now and pay later financing on purchases made from participating merchants. Also, Paypal has introduced its point of sale installment loan program. In addition, some credit card issuers, such as Chase and American Express, have also set up similar financing arrangements, and many other companies are jumping into this fast-growing market.

The Buy Now Pay Later market is already crowded with various fintechs. The most notable are: On September 10th 2021, the UK digital challenger Monzo launched a new ‘buy now, pay later’ (BNPL) product called Monzo Flex, which will allow customers to split the cost of purchases into three interest-free payments with any retailer. The digital challenger bank says Monzo Flex is the ‘better way to pay later compared to existing BNPL schemes, credit cards, loans, and overdrafts, offering shoppers more flexibility and control with their borrowing. After just seven days, all-in-one card fintech Curve has become the second UK firm after Monzo to launch a buy now, pay later service called Flex. Curve received FCA approval at the beginning of the month for its version of Flex, which taps its patented ‘Go Back in Time’ technology to let customers convert almost any purchase made on any card linked to the Curve platform in the past 12-months into an installment plan. Lastly, the multi-channel commerce platform Shopify is entering the sphere of BNPL providers. The companies said the Shopify BNPL product, which is entering a testing phase, will be called Shop Pay Installment and will be provided thanks to a partnership with Affirm.

The popularity of BNPL solutions is rapidly increasing as more and more players are starting to offer this solution. Kaleido Intelligence, a fintech research data provider, has found that $680 billion will be spent by global consumers using Buy Now Pay Later over eCommerce channels in 2025. This represents a 92% rise over the $353 billion spent in 2019.

Please feel free to email us back with any coverage or data requests to implement or improve our current data set! We are a customer centric provider and want to make sure our users are as satisfied as can be!

We also highly recommend you to follow our Twitter @BankingTracker for tracker updates, @BanqNetwork for FinTech news, and @Banq_ai for business updates!

If you enjoy our blog posts, then please share them - either by forwarding to your contacts or sharing this link on social media.

Have a great week and stay safe!