A look into the impact of financial technology in China, from economic development to mass surveillance. What will be the new normal for fintech in China? 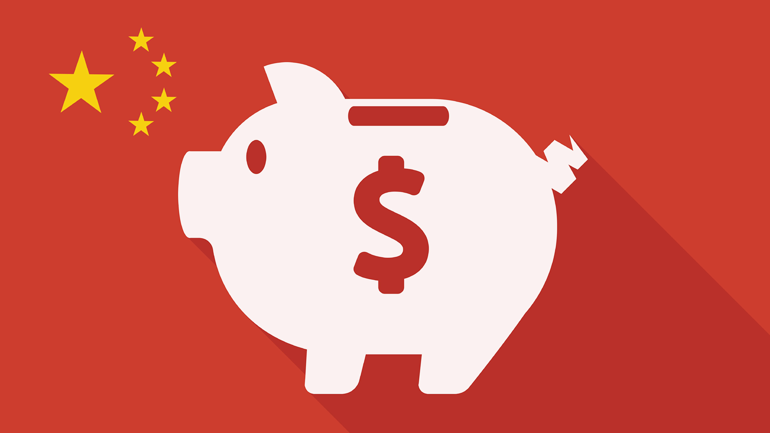 China has seen an incredible transformation over the past few decades. It's gone from being one of the poorest countries in Asia to a thriving, industrialised nation that is now the second-largest economy in the world.

There has been a significant push for fintech in the country in the past ten years, with apps such as WeChat by Tencent and AliPay by Ant Financial leading the charge.

These changes have had significant effects on China's population; most notably, they've created a new middle class with disposable income. The use of technology has helped millions of people from low-income families into the middle class.

The impacts of fintech in China

Through the use of financial technology in rural areas, it is also helping to modernize agriculture and rural communities. In addition, due to the progress of smartphone-based internet and fintech, limitations on time and distance have been significantly reduced.

The country that once invented paper money during the Song Dynasty between 960-1279 has proved that fintech is the way forward. According to history, financial innovation is not a new concept in China, but the modern form of it has definitely revolutionized the country.

Fintech has helped improve China's financial system and reduce poverty in the country.

As more people in China become wealthier, they can invest their money and take advantage of financial products such as pensions and insurance, which have been improved due to technology. This improvement has led to a dramatic increase in wealth management for Chinese citizens, creating new opportunities for investors across all social classes.

In addition, it is now possible to enter highly personalized and specialized markets, which have considerable potential, with the support of financial technology. The profit margin of a single market is low, but the overall market is enormous. However, financial companies have historically been passive in the past.

In the past, banks have been reluctant to lend money to rural areas because they are considered high-risk areas with low-profit margins and small loans. However, fintech has helped by using data analysis techniques to better access and cultivate these communities.

For example, Ant Financial uses big data analytics technology to assess credit risk and to provide more accurate services. By taking advantage of mobile internet technology, many companies in China have also been able to access a new market and improve the quality of life for local people.

Big data has helped fintech companies to solve issues such as the lack of financial resources, information asymmetry and poor infrastructure in rural areas. Not only that, but it allows them to collect a large number of customers from different regions with internet access through digital marketing channels or online sales.

The pros and cons of using fintech for financial supervision

The rapid development of fintech plays an increasing role in financial oversight, which is like a double-edged sword. On the negative side, it increases surveillance, further transforming the nation into a Big Brother society. And on the positive side, it effectively prevents new financial risks by handling economic development more effectively.

For example, the widespread use of facial recognition has raised a lot of concerns among privacy advocates. They worry that the government could use it to control and monitor people. At the same time, it enables consumers to pay for goods and services with their phones quickly.

Facial recognition also allows companies to identify and track people, so it's no surprise that its use is becoming more common across the world. Retailers are using the technology to prevent theft, and governments are using it for surveillance purposes.

Living in a place with facial recognition everywhere can feel a bit like being in a sci-fi movie, but it's the reality for many people in China. With a population of over 1.4 billion people, the country is a massive and complex place with a variety of different cultures, dialects, and lifestyles.

The increased use of fintech is changing the way society works, and the benefits are undeniably improving access to capital in addition to improving user experience. Still, it also brings with it a series of problems that need to be addressed by both technology companies and government authorities.

Using surveillance technology for internal reasons could be tolerable by outside countries, but when a state starts using it for external espionage, it becomes a problem.

The head of MI6, Richard Moore, warned last week that Beijing is harnessing new technologies such as fintech to trap other countries in its sphere of influence. He said the Chinese government is "trying to use influence through its economic policies to try and sometimes, I think, get people on the hook."

There is a genuine danger from analysis technologies, including real-time plugin developments, spying on people's financial behaviour, and there's a risk that nations could monitor and manipulate outside populations.

The threats of big data harvesting include the following:

It is evident that the effects of fintech are far-reaching and need to be carefully monitored by both consumers and governments worldwide. Maybe an international agreement on regulations is required to prevent abuses while still allowing the benefits of fintech to proliferate. Though whether countries will stick to them is another question.

According to a recent study by China experts Lihua Zuo, Jack Strauss, and Lijuan Zuo, it's not just fintech businesses that are pushing the industry forward. Commercial banks are also contributing to the advancements. "Further, banks can enjoy economies of scale and scope through the substitution of traditional businesses with digitalisation ones and expansion into new market niches," they added.

Under the backdrop of fintech, overall income has been enhanced by democratising access to finance and lowering the cost of transactions. For example, providing financing for small and medium-sized enterprises is a typical example of this technology.

It has also improved people's lives by creating new products and services, including insurance for farmers who are not covered by the state. It is widely believed that technology can help to achieve inclusive finance in China.

We also highly recommend you to follow our Twitter @BankingTracker for tracker updates, @BanqNetwork for FinTech news, and @Banq_ai for business updates!

If you enjoy our blog posts, then please share them - either by forwarding to your contacts or sharing this link on social media.

Have a great week and stay safe!